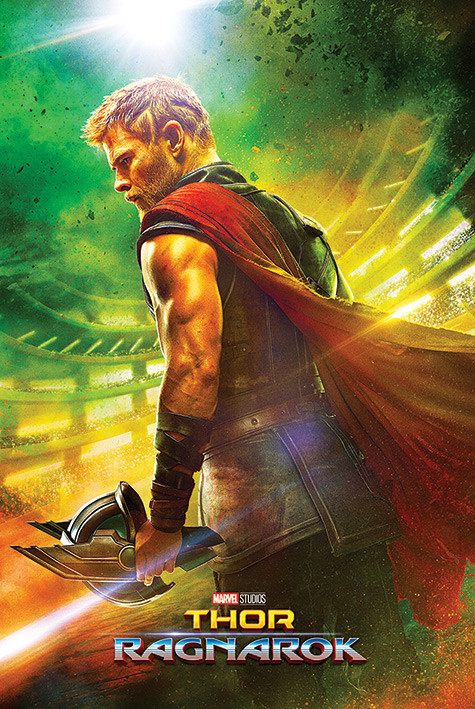 So when this movie came out, I was kinda dissappointed.  I thought it was funny as hell, but Thor became a joke.  I missed the Shakespearian Thor.  But you can only hang around Tony Stark for so long before getting a sense of humor.  And we are NOT doing Dark World again.

So the three acts of this movie are drastically seperate.  Act 1 has Thor battling demons on fire world, then briefly returning to Asgard to find that his brother is pretending to be Odin.  Loki takes Thor to earth to find Odin and then IMMEDIATELY gets captured by Doctor Strange.

THIS is the Doctor Strange I know and love from the comics.  Just casually tossing around gods on a whim as he moves through his house.  He drops Thor and Loki in Norway where they find Odin.

Whoops, Typo, Hela on Earth.  She breaks Thors hammer and knocks both the Odinsons out of the Bifrost and into Act 2.

Based on early trailers and set photos, there was clearly a different staging area for the death of Odin and introduction of Hela.  I kinda want to see how that one turned out, cause having it occur on a very green area of Norway is kind of . . .weird.

Anywho, Act 2 has Thor and Loki on Sakaar.  Jeff Goldblum is brilliant as the Grandmaster.  I want more of him.  Thor finds Hulk who has been very absent for a few movies.  Thor and Hulk have an awesome battle with HILARIOUS commentary by Loki.  The fight gets called early by The Grandmaster who uses a shock collar on Thor.

The God of Thunder is taken down by a fancy shock collar.  What the bleeding hell?

Meanwhile Hela is overthrowing everyone and getting Marvel Actors out of their contracts before they move over to DC. And Heimdall is hiding the masses.

After an interesting escape from Sakaar through the Devil’s Anus, everyone makes it back to Asgard for Act 3.

The Battle for Asgard is epic, long, hilarious, and awesome.  However, one thing that kind of turned me off the first time and I still find a little lame is the “One against All” fights.  The fights between Thor and Hulk and Thor and Hela are awesome.  But Hela against all the soldiers of Asgard was a cgi bleh.  The Brief battle of Thor, Hulk, Loki, Heimdall, and Valkyrie against the armies of the dead is also somewhat bleh, but is greatly helped by the rock soundtrack.

Anyway, Thor loses an eye, but figures out he is not the God of Hammers.  Even at his best though, he cannot defeat Hela.  So he sacrifices Asgard the planet, and saves Asgard the people.

Until Thanos shows up.

So I enjoy this movie a lot more after initially being dissappointed by a jokey Thor.  I like that they fixed Odin.  Made him the wise father again instead of an old man and a fool.

So we go from the death of one wise king and the power struggle that follows to another in Black Panther.