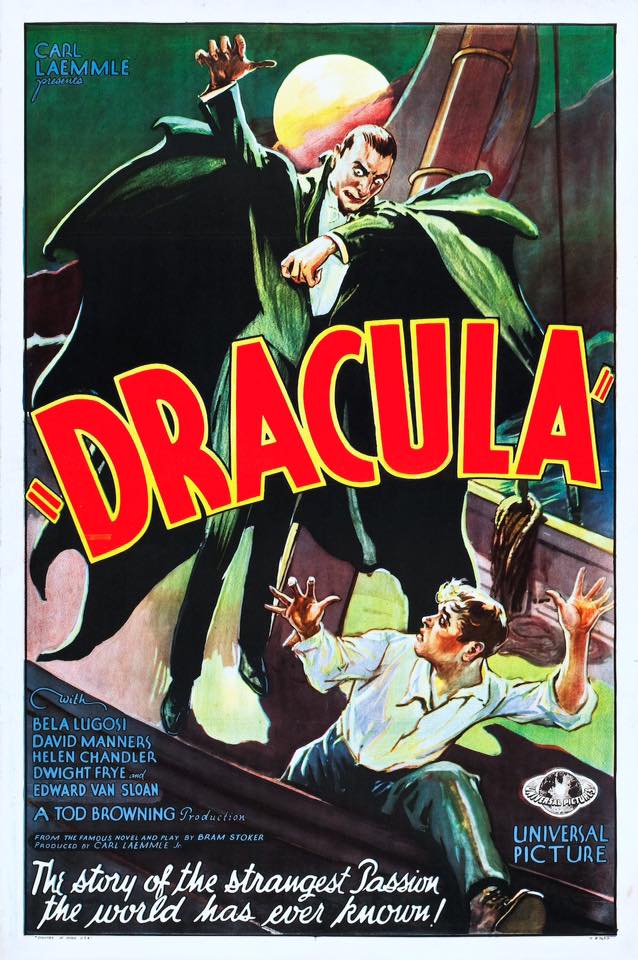 I dislike Vampires. They have become so much of a narrative staple now that I have given up on stories that the monster is a vampire, and become relieved when immortality is linked to ANYTHING other than vampires. Specific examples: I was reading Salem’s Lot years and years ago and was excited about what it could be about, until I put together it was a vampire story, then I bailed completely (I also had issues with my copy missing several pages) . Also several years ago when New Amsterdam was on TV, I was worried that his “immortality” was related to vampirism, but thank God it was just a Native American curse. Or gift. I don’t remember.

So how do I feel about the Vampire Tale that started it all?

It was decent. I recommend most people check it out.

At most, the characters are creepy within the context of the story, but that doesn’t extend beyond the silver screen.

Here are some of my thoughts as the movie progressed:

-Wolves! Bats! Spiders! . . .Transylvanian Armadillo’s?
-Spider has it’s own coffin?
-Okay, I can overlook the worried townspeople, the wolves, the bats, the fact the carriage drove itself most of the way, even the falling apart castle. But damnit, when the Count comes out saying all this weird shit and THEN makes you walk through an occupied Spider’s Web, that’s when I check the fuck out. Admittedly by that point, you have wolf infested woods to worry about retreating through.
-“Excellent, Mr. Renfield, Excellent!” Oh shit. This don’t look good for you, buddy. This is a twist from the novel in which we follow Harker up to castle Dracula, but nope, we were tailing Dracula’s psycho puppet.
-I like the change this actor (Renfield) made from polite and respectable to batshit insanity!
-Pervy old Vampire(staring in Lucy’s window as she gets ready for bed)
-So, are we actually going to see him bite anybody, or even have fangs?
-Hugh Jackman has ruined most versions of Van Helsing for me. Then again, that is because his version is almost completely different then all the other more accurate versions of Van Helsing.
-Only damn person here who is Genre Savvy though.
-You probably shouldn’t work at an asylum if you are going to go around calling people crazy to their face.
-(As Dracula sneaks up on Mina) fangs? Fangs? (Fade to next scene) FUCKING TEASE!
-Mina, how many old men are you gonna let at your neck?
– Harker: “Who could have done this?” The Maid from off screen introducing: “Count Dracula!” Ha! Nice
-Harker: Uh, when were you telling MY FIANCÉ these grim tales?
-oooh nice mirror trick.
-Ballsy old man. Very ballsy. Van Helsing is figuring out that Dracula is a vampire, and instead of building up information, keeping his knowledge a secret, and striking at the right moment, he just goes up to Dracula and basically says, “Say, what do you think of this mirror?” Dracula respects him enough not to murder him then and there.
-Ghost stories? No, vampire stories. Ghost stories focus on Ghosts. Thus the “ghost” part.
-Woman in white. Show don’t tell, SHOW DON’T TELL! We get a scene where you hear a child crying and then cut to another scene where a woman in white is walking creepily away, THEN cut to a scene where a guy is reading newspaper article about the woman in white and what she is doing to children.
-When the crazy guy calls you crazy. Van Helsing and Harker are plotting their attempt to kill Dracula and Renfield walks in(he has WAY too much freedom to walk around) and says plotting to kill people is crazy. Yeah, time to reexamine your life choices.
-That ended. . . abruptly. I actually had to rewind the DVD because the movie just ended and I wasn’t paying enough attention. Van Helsing kills Dracula, Mina is saved and the Harkers kiss and exit while Van Helsing says he will be along in a moment. Then movie over.

So no fangs, no bites, nothing. Creepiness mainly exists in Dracula and Renfield’s stares into the camera.

Still, not a bad film, could have had a little more to the ending, but hey, what can ya do?

Tomorrow: We investigate another Castle where we ask who is the real monster, the creator or the creature?