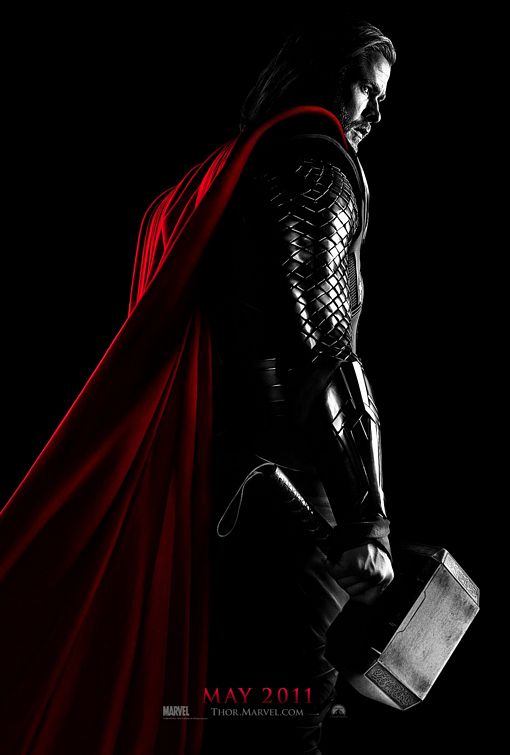 This movie is honestly one of my personal favorites.  Leading up to Avengers, I had Iron Man 2, Thor, and Captain America: First Avenger digitally downloaded on my phone and would just loop from one to the other.  I didn’t have Iron Man or Incredible Hulk on my list because DVD was more popular than Blu-Ray with digital copies back when they were first released.

I loved the hero’s journey in Thor.  I loved how they characterized Thor.  Yes, I’ll concede that it is on the more serious side of Marvel(though not the Grim-Dark we would get in The Dark World).  Thor (the movie) is Shakespearian in quality, as appropriate considering it is Directed by Kenneth Branagh.  Thor doesn’t make snarky jokes and takes himself seriously.  The comedy comes from the fish out of water parts of the film.  I feel this is very well balanced.

A lot of people complain about Natalie Portman, and I can see it.  I’m not sure whether a different actress would have helped or if it was just a poor role in general, but honestly I don’t think she is movie wrecking.  Thor refers to Jane as “clever, far more clever than anyone else in this realm.”  I don’t know why.  Probably because she is the only person talking about wormholes.  She hit him with her car twice and thought he was crazy for most of their interactions up until that point.

It always annoys me when someone is considered “amazing” by other characters when they have demonstrated nothing amazing up until that point.  I call it “Amazingly Not Dead.”  Usually it is when a main character is seen as different and unique when they didn’t do anything other than not die when they should have.

One thing that bothered me was trying to figure out how tall Laufey was in comparison to everyone else.  Is he supposed to be a giant?  He actually seems to be human sized despite being king of the Frost GIANTS.

Although the final fight is kind of lacking, it is not meant to be Thor showing off his ability to kick ass.  Thor has already shown he is a capable fighter.  Thor battled an army of Frost Giants.  He took on several S.H.I.E.L.D. agents.  We know he can fight.  The final battles were not about Thor’s prowess, it was about sacrifice.   It shows his growth as a character in such a short amount of time.

I don’t know why people don’t think this movie is great, I love it.  Clearly they want a funnier snarkier Thor, that’s why Thor: Ragnarok received ALL the monies.

Next, we jump back in time to see the birth of the First Avenger (though with Thor being Asgardian and likely centuries old, doesn’t that make HIM the first Avenger?).