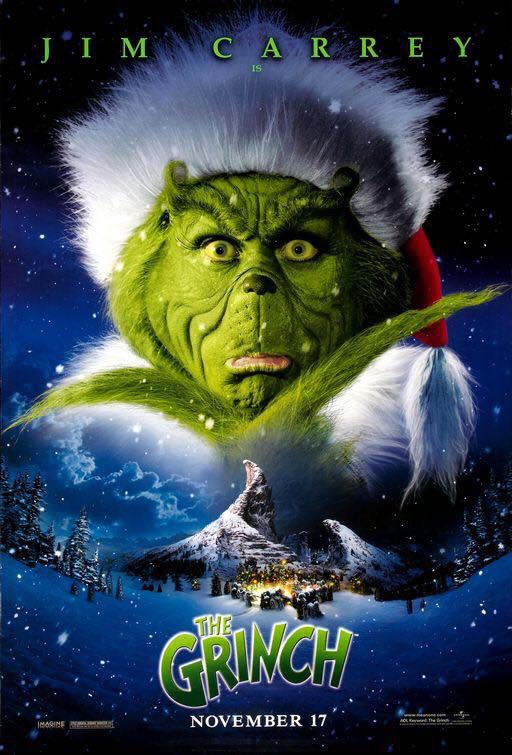 The original animated version is fine, but I enjoy this much more, personally. I quote this all the time. Hell, I even quote deleted scenes.

That first deleted scene with the Shopping scene is one of my favorites, I wish they would have left it in. Then everyone would know it instead of just people who obsessively watched all the special features on the dvd.

The original cartoon in my opinion was very cut and dry. The Grinch was bad, the Whos were good, end of story. In the end I just found it kind of boring. I like my characters to have more depth instead of just cardboard cut outs.

Yeah, I get it. However this is largely due to timing when it comes to watching these movies. This movie came out when I was a kid. Originally when I saw the Grinch cartoon, I liked it like everyone else. But then I saw the Grinch movie and loved it. I liked that the Grinch wasn’t a 100% bad guy and that his hatred of the Whos and Christmas were kind of justified. Cause the Whos were dicks and the holiday was just a festival of presents. In the end EVERYONE learns a lesson, not just teaching the Grinch he was wrong. So it became difficult for me to still enjoy a cartoon that painted everyone with broad strokes.

Now as far as my thoughts and comparisons of the New New Grinch movie, you can read them here.

Uhm, the new one was just okay and didn’t make sense why the Grinch continued to steal presents after meeting Cindy Lou Who.

Note to self: go back and finish review of The Grinch 2018 (puts note on top of to-do list of King’s Halloween, Thankskilling 2, and Dark Universe)

Next Time: Speaking of remakes about restoring faith. . .