So, I, like everyone, love the first two Home Alone movies. I even nostalgia goggled the 3rd movie. But I basically abandoned the franchise after that. And so did everyone else.

So this new Disney+ movie, I had no real interest in. I knew nothing about it other than people saying that it existed and that they were NOT going to watch it.

So when I came up with this list, like an hour ago, I immediately pulled up. . . Netflix.

Unfortunately they didn’t have a Holiday list just laid out for me, so I figured I would go straight for Disney+. And there it was Home Sweet Home Alone.

And I kept looking.

Eh, I could have picked any number of movies, but this one felt. . . Right. For better or worse.

So, went in blind.

And god bless it. It was such a treat knowing nothing and seeing Kimmy Schmidt out of nowhere.

So we get introduced to Kimmy Schmidt and her Husband, then Max Mercer and his mom. And I am sitting confused for quite a bit trying to figure out who the bad guys are here. Clearly Max is going to be the home alone kid, but where does this all tie in?

Where are the criminal masterminds to get their uppance comed?

The whole story stems from Kimmy and her Husband are selling their house because they can’t afford it anymore. They have an open house for potential buyers. Max has to urgently go to the bathroom, so him and his mother pose as buyers so he can use the bathroom.

Well there, Max runs into the Husband and his bequeathed doll collection. After a brief battle of wits with the same old same old “Frankenstein is the Doctor, not the monster” gag(with a clever twist at the end), it is discovered that the husband has a doll that might be worth $200,000.

So now when the Husband discovers that the doll is worth thousands, but is now somehow missing, he figures out that Max likely stole it during the open house.

Through some odd standing in the right place at the right time moments, the Husband gets the mother’s full name, then the security code for the house, and then sees where they put the key for the house.

So the husband briefly gets scared off of the heist by imagining that an SUV a woman walking her poodle are briefly a Squad Car and a police hound. The scheme is quickly forgotten until Kimmy decides that she wants to keep her home. And for that recipe

So on the Max side of the equation, we see he lives in a freaking castle (or at least seems like it from my meager apartment living eyes) and his extended family is with him and they are all getting ready for their big trip to Tokyo. Max seems to be annoyed with them, but outside of him being a little underfoot, they just seem to be ignoring him.

When Max’s mother is arguing with the airline for cancelling their booking and splitting their family onto two different flights, Max is demanding her attention and she snaps at him.

This results in him storming off and watching Looney Tunes in the car. Find it odd that Disney+ is advertising HBO Max, but whatevs. Naturally, he gets overlooked because it is a Home Alone movie. The mother goes on one flight and the extended family goes on another (while loudly explaining how to find the key and the alarm code).

Once Max awakens to find the house empty, we get the typical montage of him divulging all his childhood desires which include attempting to search for porn(which is blocked), dressing up like Scarface to eat a bunch of candy(who is this reference for?), and . . . crossdressing? From the kid who mocked a grown man for having dolls?

Eventually, Kimmy and the Husband decide to try and sneak in and get the doll. However, they decide to keep referring to the doll as the “ugly little boy,” which results in Max thinking they are trying to kidnap him to sell for money.

Well, due to the Husband not remembering one of the easiest alarm codes in the universe, other than what an idiot would use for his luggage, the cops show up. Well, one cop.

Buzz McCallister returns and he is a Police Officer. Kimmy manages to smooth talk Buzz by flirting with him. With her husband. Right there. Well, in the car. Max sees the cop, but comes to the conclusion that if it is revealed that he was left alone, his mother will instantly go to jail.

So heist number 2 is averted. They realize their opponent is a child and possibly a german grandmother(due to a malfunctioning Alexa). Heist number 3 uses an extensive slow motion clip including a fart joke, and results with them storming into the WRONG HOUSE. Amazingly they sneak back out and only manage to nearly drown and freeze to death.

Finally they decide to go balls to the wall and break in on Christmas Eve Night. Max also realizes that he must defend his home. So we get the Home Alone trap montage. Due to this being very much a modern take on Home Alone, it is the worst of the worst that TikTok can give you. A mine field of legos, Mentos/Soda bombs, a pool ball launcher, and nerf guns with- Holy S*** Thumbtacks attached to the end?!?

Now, here is where the difference lies between the original and this version. I personally like the idea that the “criminals” are the ones we follow. It has us rooting for them to have the happy ending. The kid that is defending the home we want to have his comeuppance. It is trying something different and I applaud it.

Until it gets to the pain. Now we have innocent (well, they ARE breaking and entering). . . okay, people who aren’t actively attempting evil suddenly getting set on fire, bludgeoned, and stabbed with thumbtacks. We don’t want them hurting. When it was the wet bandits, we wanted them to suffer. It was cathartic justice. With Kimmy and the Husband just trying to save their house, it seems kind of extreme.

Eventually after they run out of traps to inflict, Max and Kimmy finally talk it out and realize that Max never stole the doll, just a can of soda. And Mac learns that they did not want to kidnap him.

So we later discover that the doll was taken by The Husband’s nephew and nearly gets destroyed via another painful slow motion scene. But it is saved and everything turns out okay. Kimmy and the Husband manage to pay off the mortgage, repair the damage to Max’s house, and even manages to buy The Husband a job.

Overall, I liked this movie. I thought the change of pace was refreshing and kind of sets it apart from the others. Also, I think Max and Kimmy do great jobs anchoring the film.

Some of the cons come from some of the odd dialogue choices where Kimmy and the Husband just say things that seem to make them seem like criminals. A lot of people complain about the product placement, but I barely notice it.

. . . this would be a great place for a bunch of ads, but I don’t make any money for my internet activities yet. So bleh.

Next Time: So this is the new Home Alone, the next one is the new A Christmas Story. . . 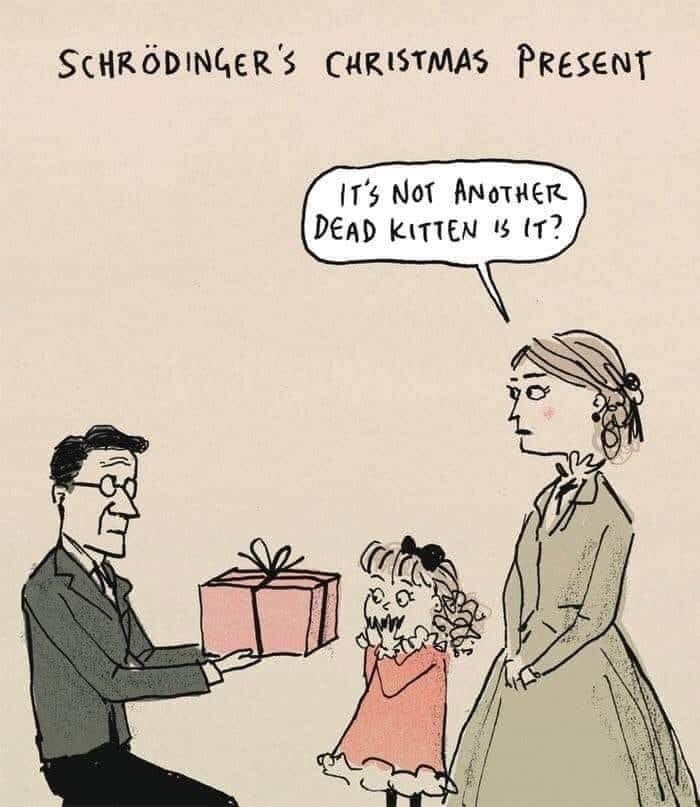 I have started a twitch stream though. Below is an animated representation of the effort it takes me.

So as I was working my overnight job and watching it turn from November to December at last, I decided I wanted to dive headfirst into the Christmas spirit.

I wanted to try and find something to do this year, but I wasn’t sure that I could do another HORRIBLE Christmas. Not that I lacked the will, but I wasn’t sure I could find another 25 horrible holiday movies to match my last efforts.

Also, I have already tried posting my favorite Christmas movies two or three times now. That is probably not going to change much. Not without. . . risk.

So this year, we are entering the middle ground. This will be Schrodenger’s (spell check that later editor) Holiday Movies list. I decided to watch a bunch of movies that I have never seen before. How will these fair?

So yeah, simple rules. Can’t have seen it before. That’s it. Oh and it has to be on one of the services I stream. No blackmarket deals to get dvds of crap no one else can see. So what I watch, you can watch. And enjoy/suffer with me!

Though, if we go with Barney’s rule, this should be my new Favorite Christmas movies list because

Tomorrow Night: So yeah, to kick off this new new Holiday cheer, let’s start with the 3rd or 4th reboot of a franchise that has consistently gone downhill since it lost it’s original cast. . .