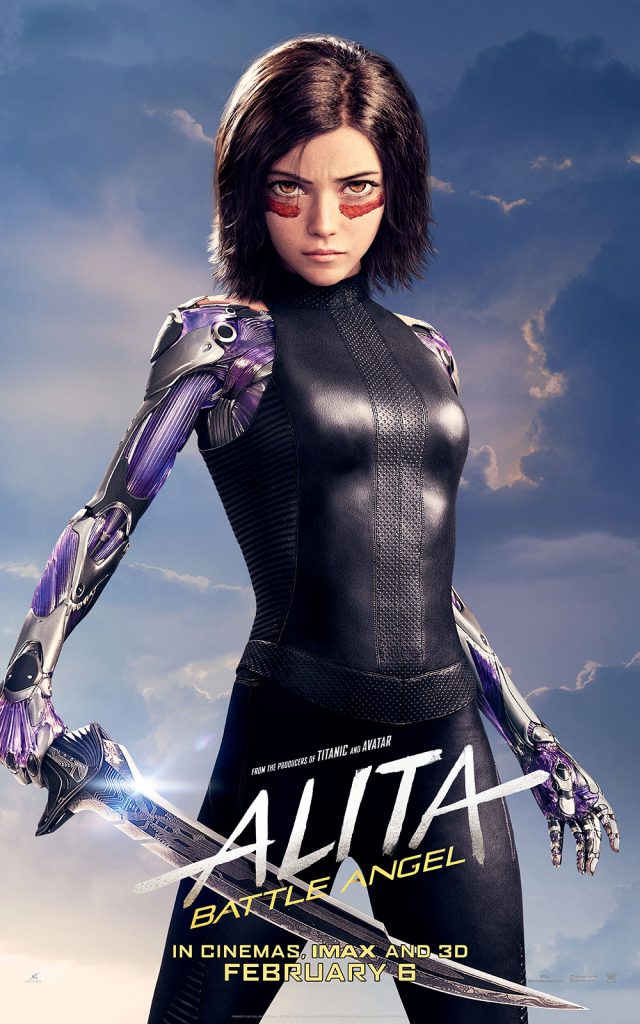 They try and avoid the Uncanny Valley CGI feel by having Alita have unusually large eyes, so that she inherently seems slightly alien and our brains are more able to readily accept her. However, the way Alita acts, reacts, and behaves is just a hair off from natural, so that’s where the Uncanny Valley feeling comes from.  Which kind of works to an extent.  She is intentionally someone who is not fully human and does not necessarily know how to act human.  Not quite the robot baby from the TurboTax commercials, but in that general area.

She also has a creepy scene where she is LITERALLY TRYING TO HAND OVER HER HEART TO HER BOYFRIEND and it seems very much like the Overly Attached Girlfriend meme.

Oh and the Dog Dies. You don’t see it, you just see the guy make a stomping motion, and everyone make, “Oh no he killed the dog” faces, and then Alita SMEARS THE DOG’S BLOOD ON HER FACE before making the “I won’t stand by” speech.

Your mileage may vary with this movie. I personally felt this movie lacked some necessary heart to get me personally invested in the movie.  The action scenes were awesome, but I kept comparing this movie to Speed Racer and Astro Boy, which I just enjoyed those ones so much more.  And they are surprisingly apt comparisons.  Speed Racer for the “Motor Ball” scenes, and Astro Boy for the general Robot learning who they are premise.

The Biggest problem with this movie is it sets up a sequel, but I don’t have faith that it will get one. The side cast is fantastic, the main character is forgivable, and the effects are all phenomenal.  Like I said, it just lacks some much needed heart.

Next Week: How to Train Your Family: The Fighting World