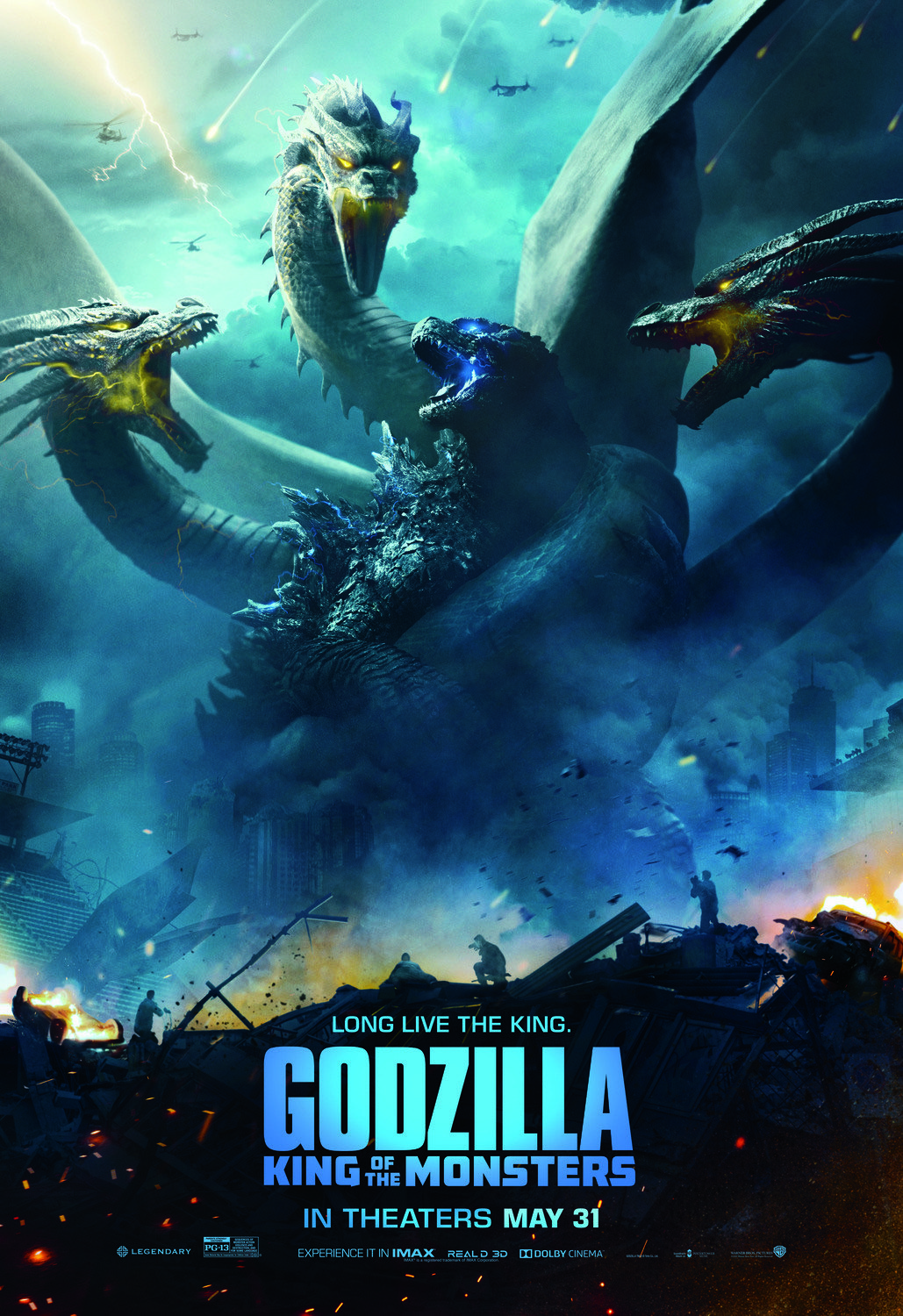 What a nostalgia trip! This really brings back the feeling of watching Godzilla movies as a kid!

You know, not caring one iota about the stupid human storyline and just wanting to watch the giant monsters duke it out.

The monster battles are okay. It is neat to see Godzilla VS King Ghidorha, but it does lose something being all CGI. I personally still like suit-mation. Maybe the Toku lover in me, but I just like it too much to ever be fully okay with CGI-ing everything.

Now the question becomes: Why am I okay with the Hulk and basically the entirety of Age of Ultron, but I find the Transformers and Godzilla movies boring? I tried to argue that it was due to there being actual humans involved in the fights and the cgi was just put in to account for the impossible, but almost the ENTIRETY of the Hulk VS Hulkbuster fight was CGI and I freaking LOVED that one.

Question to be analyzed for another day, perhaps, cause at this point I don’t have a solid answer outside of speed. All the Hulk fights generally have a decent clip of speed to them. Godzilla and Transformers are huge and slow. I just don’t know. Moving on.

The characters motivations in this movie make no sense. It is the standard, “Humans are earths cancer and the monsters are here to course correct,” crazy house nonsense. You can’t cite “war” as a reason to wipe out humanity. Especially when you are using mercenaries to bring about your goals.

Oh, and apparently they are tying in Kong: Skull Island into this series. Something I did not know since I did not see Kong: Skull Island. I am not a fan of King Kong. I watched the second half of Peter Jackson’s King Kong and I felt I saw the majority of it. I guess I need to see the newest Kong film, cause they mention Kong and Skull Island a LOT in this film, but they never show him.

Honestly, it might be neat to check out in IMAX or Dolby, but it is too late now. So I would say skip it. Maybe check it out when it comes to streaming, but it isn’t that great. I would actually recommend some of the more recent Japanese Live Action Godzilla films. They have REALLY improved the suit-mation and generally have better stories. Here is Japan’s opinion on the 1998 Godzilla:

Alright, the Backlog is now clear for Theater Reviews. Finally get back to my normal schedule. Of nothing.

Next Week: Yesterday. I plan on seeing Yesterday, Saturday, even though it came out Today, because Tomorrow I am having dinner with my parents. Can’t wait to say that Yesterday came out Yesterday.