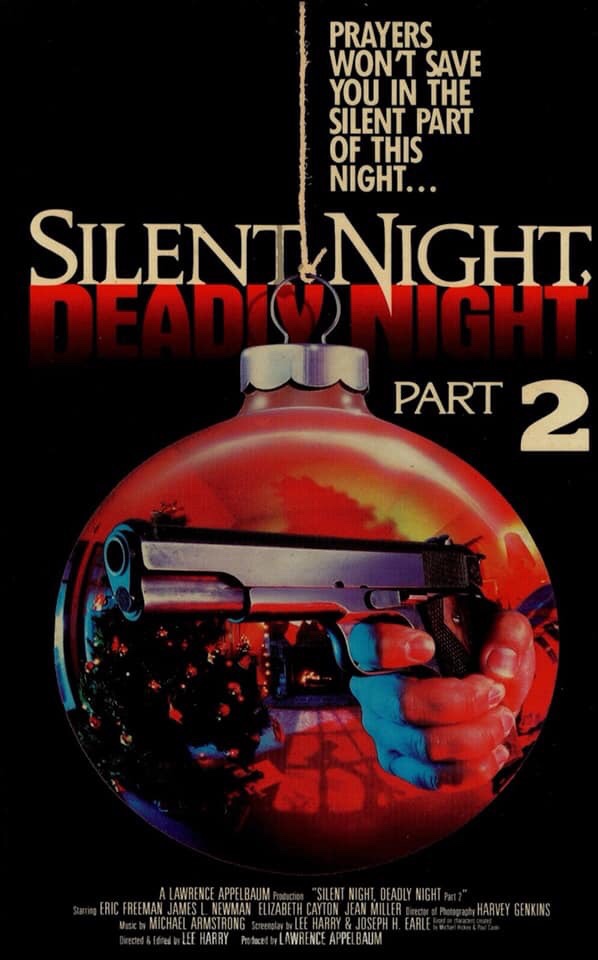 Holy crap, I enjoyed the hell out of this movie.

When I picked this movie, I figured I would later go back and watch the first film later in the month. TURNS OUT I DON’T HAVE TO! Because they spend the first half of the movie recapping the events of the first!

So apparently seeing santa murder your parents grants you super strength because the Chapman(Caldwell?) boys are both able to hold a full grown adult male in the air with one hand until they die. Ricky gets the extra credit points on this one seeing as he does it to a fat mafioso hitman, and while holding him up, impales him with an Umbrella Umbrella(Available from ThinkGeek).

So Billy grows up with a fear of Santa Claus(which makes perfect sense why he gets a job as a department store Santa) and then snaps when he sees a girl being raped. So he kills the attempted rapist, and then when the girl he rescues calls him a psycho, he shrugs it off and decides to just kill everybody. Whether they deserve it or not.

Ricky on the other hand gets a fear of Santa AND nuns! He also ends up killing people after seeing a halfway attempted rape. The rapist just gives up the rape after she calls him an asshole and he walks away. So Ricky runs him over with the assholes jeep. Multiple times. Then the girl he . . . saved I guess, thanks him. So he uses his powers for justice, killing rapists, mafiosos, creepy ex boyfriends, and guys who talk in the theater. Until he defends his girlfriends honor by killing her ex, and she calls him a psycho. So he kills her, kills the cop who tries to arrest him, the guy across the street, the guy putting out the trash(GARBAGE DAY!), an oncoming car, his psychiatrist, and finally the Mother Superior from the orphanage he grew up in.

Eric Freeman makes this movie. If a better actor was in this role, it would be a useless. But Eric Freeman’s shitty acting makes the silly scenes AMAZING!

Sadly this movie is not currently streaming(save for a shitty slightly sped up version on youtube) so you will probably have to pay to see it someway.

Tomorrow: While we’re on the subject of sequels. . .