THE WORST CHRISTMAS movies EVER! 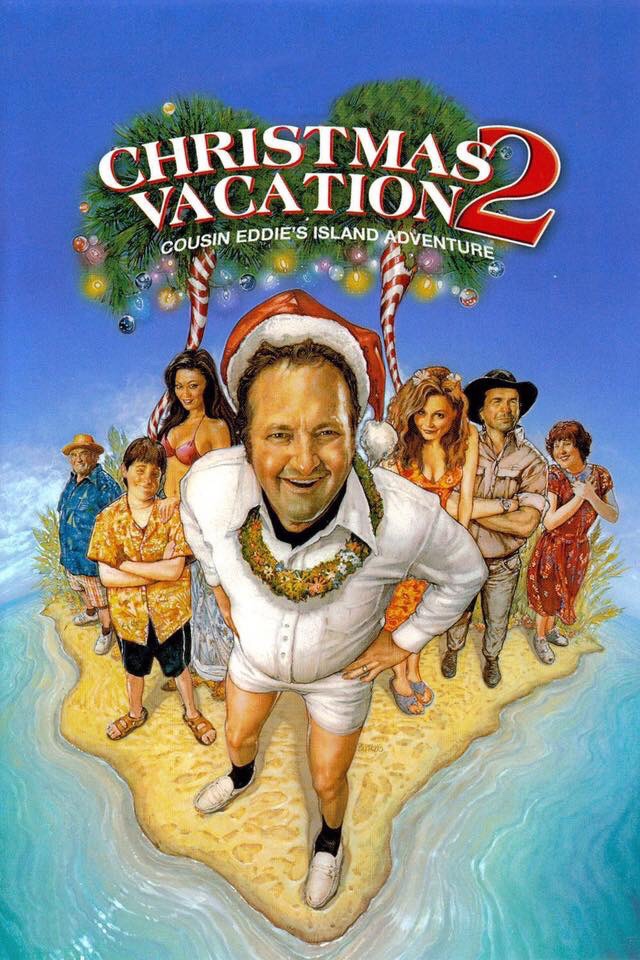 The movie follows Cousin Eddie after he loses his job as a test subject for nuclear waste. Due to budget cuts, they have to let either him or the monkey go. They decide to keep the monkey, because the monkey is smarter.

Eddie laments the loss of his job and when he decides to take a bath, water starts shooting out of every conceivable part of the bathroom. They call an plumber and reach an automated line.

And then we cut to Eddie trying to beg for his job back. Eddie ends up getting bit in the ass by the monkey. To avoid a lawsuit, they send Eddie and his family on a tropical vacation.

So Uncle Nick shows up because his wife left him for a 28 year old. Original Audrey also comes home because her boyfriend turns out to be married. So to get as many tie ins to the original vacation series as they can, they are off to the airport.

Just as they leave, water starts shooting out the second story windows. So. . . they just left that all going?

Anywho, they breeze through airport security due to the dog being gassy and people clearing out. Uncle Eddie knocks Eric Idle through the luggage scanner. Later on the plane, Uncle Eddie kicks the back of Eric Idle’s chair, knocking him to the floor.

They then arrive on the island, Uncle Eddie and Uncle Nick basically try making out with the ladies that hand out the leis. Then they feast. Audrey gets interested in a random Australian guy named Jack.

Then they go for a boat ride, but the boat captain’s wife is in labor, so he leaves the boat behind with a note saying they can take it if they want. They take the boat and eventually crash it into another island.

We briefly cut back to Audrey’s house as it is continuing to gush water out the windows and the plumber calls back and lets them know that they will be by in about 30 days.

Back on the island, they dick around for about half an hour. They manage to kill a boar, build a house(which falls down when they close the door), and subsist on Bananas. Jack eventually shows up with a plane and lets them know that there is a Hotel just 10 miles away.

Before they fly off, Uncle Eddie accidentally knocks Jack off a cliff. He’s alive, but he passes out halfway back to the original island. Uncle Eddie ends up taking the controls and despite very nearly wiping out the control tower twice, eventually lands and everyone is safe.

So Uncle Nick’s wife comes back, and after making up with Uncle Nick, she shares a knowing wink with Uncle Eddie’s wife, and nobody knows why.

Uncle Eddie is offerred his job back, but he turns it down because he is apparently a pilot now? No clue, it’s over, the end.

Skip it. It is not good, it’s not funny, it is just a waste of movie.

Tomorrow: Yeah. . . there’s a sequel to It’s a Wonderful Life. Be afraid.