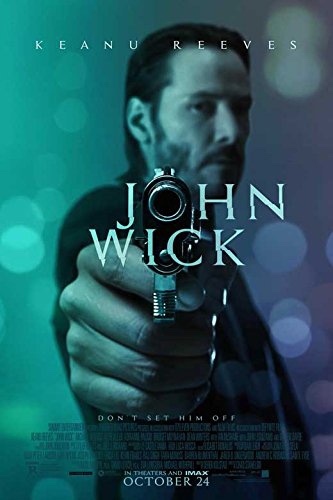 Keanu Reeves kills the f*** out of a bunch of people because they stole his car and killed his dog.

If you want a straightforward shoot em up, feel free, but I would say save your money and see it when it comes to netflix.

Next Week: Before I Go to Sleep or Nightcrawler. Unless of course something else pops up.

Update: Okay, my original review did this movie a GREAT disservice.

I loved this movie, and I’m not sure where my head was at the time. I believe I was trying to get into a reviewer mode where yes the fight scenes were cool, but how would the average critic handle this?

I dunno, I think I just assumed at the time that most people would blow this movie off as a mindless action flick.

I have since learned that I know jack all.

I loved the worldbuilding that went on in this film. The Hotel where assassins stayed and the clean up crew.

The smartest cop in ALL OF CINEMA, who knows when he is out of his effing league and decides to just walk away.

This movie is really well done and I generally recommend it to everybody.

Which has me wondering why I haven’t seen the sequel yet? Well, John Wick 3 comes out tomorrow night, so maybe I should get going on that.

Tomorrow: John Wick: Chapter 2: The Dog Did It.